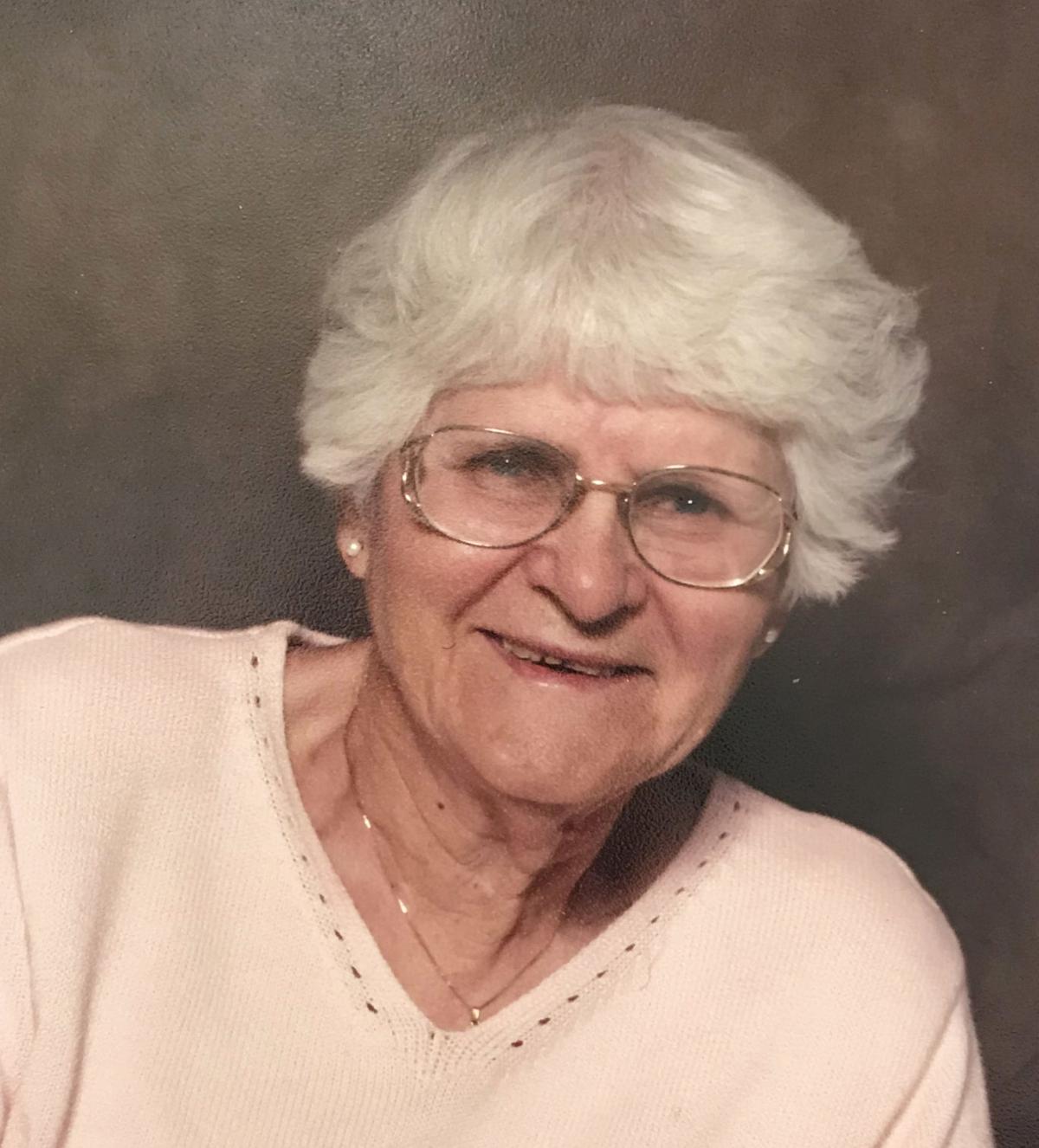 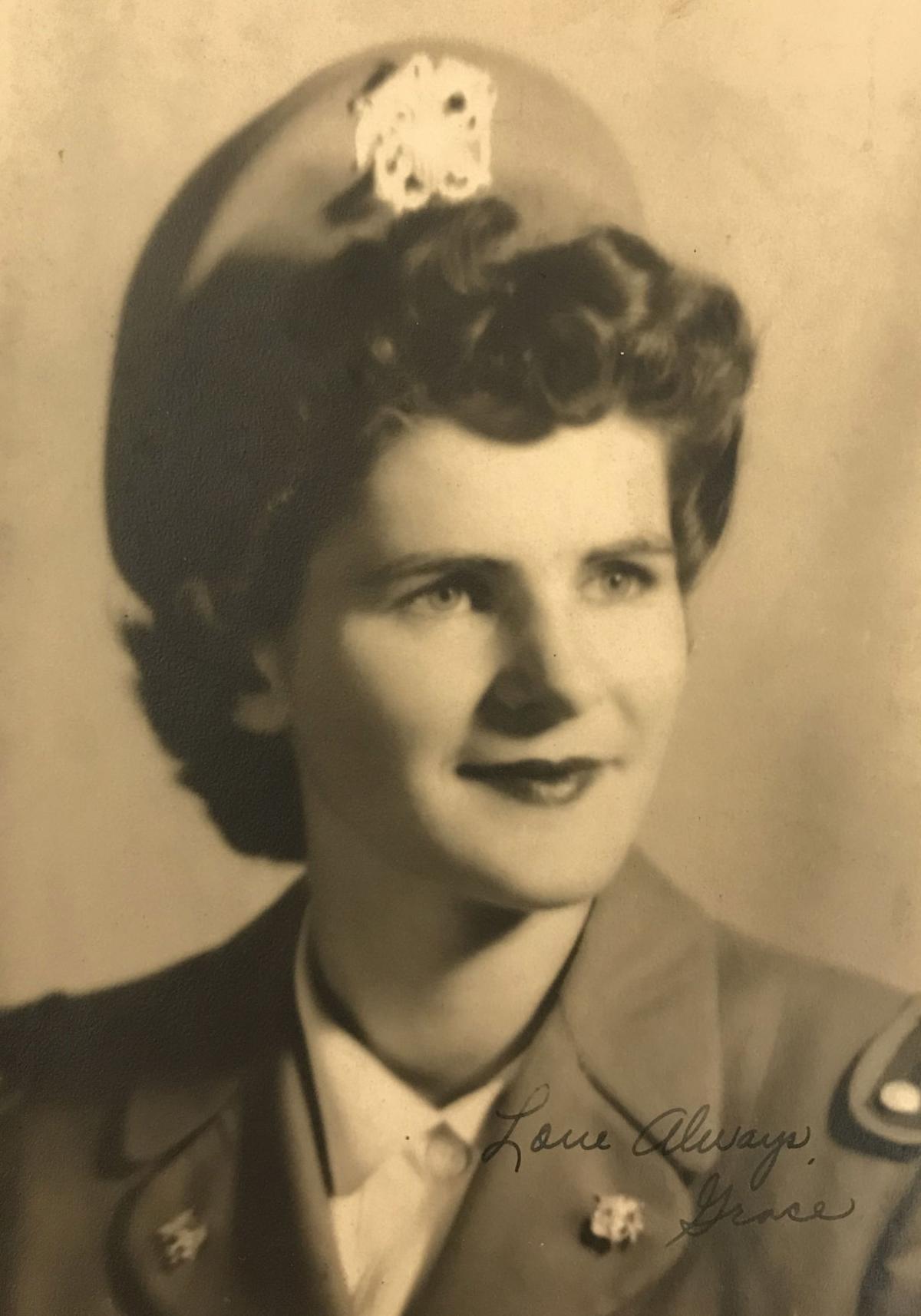 Amanda Grace Taylor Setzer Dewsnup, passed away peacefully on Thursday, August 22, 2019, at the age of 98.  She was born June 12, 1921, in Lineville, Alabama, to Jesse Stephen Taylor and Essie Velma Pate Taylor, the seventh of 13 children.  She was raised in a happy, hard-working farm family, and learned early to do her share tending the little ones, doing household chores, and work in the fields alongside her father and siblings planting and picking cotton, corn, and beans.  She also worked hard to get an education and was the first of her brothers and sisters to graduate from high school.

From the time that she was a little girl, Grace knew that she wanted to become a nurse.  After helping her Papa get the fall crops in, she entered nursing school at the Holy Name of Jesus Hospital in Gadsden, Alabama, in January 1942.  She spent the last six months of her nurse’s training working in a military hospital.  After graduation in 1944, there was a critical need for nurses, and Grace joined the United States Army Nurse Corps.  It was in 1945, while serving as an Army nurse in Rome, Georgia, that she met the love of her life – Robert Francis Setzer.  He was tall, skinny, and handsome and had just returned from service in Europe.  Robert kept in touch with her after his discharge and followed her to Pittsburg where she attended a semester of classes working on a degree in public health nursing.  They were married in Pittsburg on June 27, 1948.

They moved to North Carolina where Robert’s family lived.  He worked in construction on military bases, and they lived in several towns during their early years of marriage.  Their first daughter, Roberta Grace, was born in 1949, followed by Alma Jane in 1952.  In late 1953, Robert collapsed while working and was taken to the hospital.  He was diagnosed with kidney failure.  He had two weeks at home before returning to the hospital.  The little family spent that time taking walks around the property where they had planned to build a house.  Robert spent the last two months of his life in the Veterans Hospital in Fayetteville, North Carolina, with Grace at his bedside.  He died in January 1954.

With two little girls to raise alone, Grace wanted to be near family.  They spent a few months in California with her sister, Glendon, but then decided to return to North Carolina to be near Robert’s father.  Grace bought a little red-brick home in Statesville, Robert’s hometown.  It was while they were living there that missionaries for The Church of Jesus Christ of Latter-day Saints knocked on the door.  In spite of opposition from family and friends, Grace knew that she wanted to be baptized.  She was faithful member of the church for the rest of her life.  She especially loved her callings in Primary and Mutual.  Although she loved the Statesville Branch of the church, Grace wanted her daughters to grow up in a strong congregation; so, at the urging of one of the missionaries, she decided to move her family to Salt Lake City, Utah.

The whole family fell in love with the neighbors and church members in the Granger area of Salt Lake and the girls were very happy in their new school.  In the fall of 1958, when Alma started school, Grace returned to work as a nurse at LDS Hospital.  She started working part-time and moved to full-time when the girls were teenagers.  She worked at LDS Hospital for 23 years in the recovery room, the surgical floor and on the IV team.  Grace loved her work but her top priority was always her girls and the church.  She was an accomplished seamstress, and a great Southern cook.  She generously shared her talents and loved to sew for friends and family and to feed everyone who came to her door.

In February 1978, Grace married John W. Dewsnup, a widower from her neighborhood and ward.  They had almost 20 years together.  There were able to serve two missions, first to Hawaii and Saipan and then to the Atlanta, Georgia Temple.  Grace lovingly nursed John through his final illness.  He passed away in 1997.

When she married John, Grace was thrilled to become an “instant grandmother’ and was even happier when Roberta and Alma married and added more grandchildren to the family.  They moved to Idaho to be closer to Grace’s daughters and the grandchildren; first to Filer, and then to Shelley, where Roberta lived.  She was the fun grandma who was never to old or too tired to play games and snuggle babies.

Grace stayed in Shelley and was Roberta’s faithful nurse and companion for the last five years of her life.  After Roberta died in 2014, Grace moved to Burley to be close to Alma.  She found loving friends in the Burley 8th and 10th wards and at Pomerelle Place, where she lived for the last three years.

She was preceded in death by her parents; her siblings; her husbands, Robert F. Setzer and John W. Dewsnup; and her daughter, Roberta Setzer Petty.

Grace’s family would like to give a special thanks to Dr. Kelly Anderson and his staff and to Dr. Jason Halverson and his staff for their always kind care.  We thank everyone at Pomerelle Place who welcomed her and made it her home.  They were her friends and loving care givers.  We will never forget your patience and kindness.  We also want to thank and recognize Intermountain Homecare and Hospice for their high quality and loving care in these past months.  We express our gratitude to Burley 10th and Springdale 2nd wards for the compassionate service.

The funeral will be held at 1 p.m. Friday, August 30, at The Church of Jesus Christ of Latter-day Saints – Springdale Chapel, located at 519 E. 200 S., of Burley, with Bishop Chad Bodily officiating.  Military rites will be performed by the Mini-Cassia Veterans Group following the service at the church.  The interment will take place at a later date at the Oakwood Cemetery in Statesville, North Carolina.