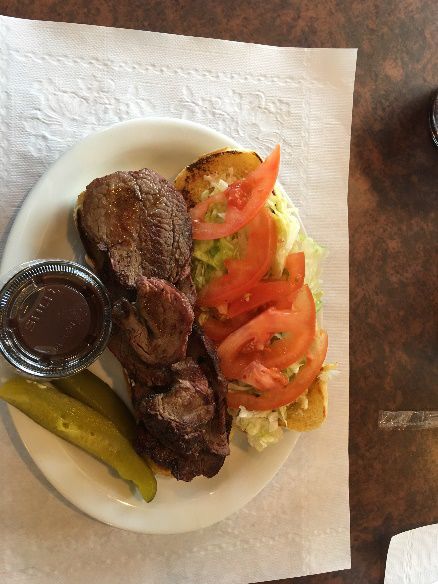 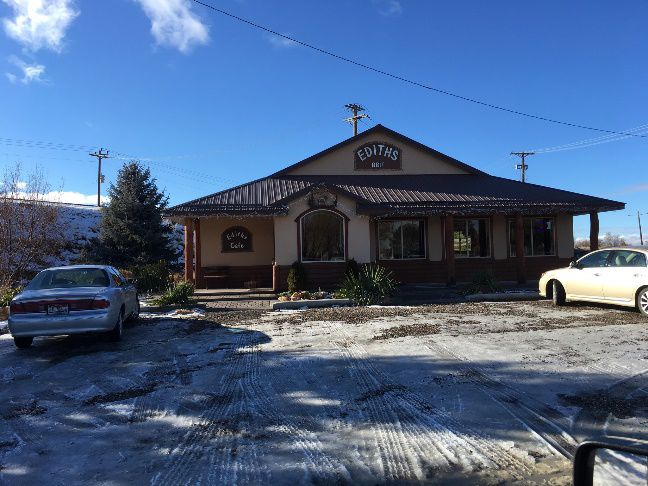 This week’s restaurant review is about Edith’s Restaurant, located at 144 East Hwy 81. Edith’s is located on the Declo Highway, directly across from the entrance to the Burley Golf Course. For many years Edith’s was known for its hamburgers and fresh cut fries, but a change of ownership has resulted in a few wonderful enhancements. Now owned by Kevin and Kerrie Patterson, the restaurant has increased its operating hours and has expanded its menu. My review was the result of a visit to the restaurant on January 10th where my wife and I had lunch.

Ambiance: One common criticism of dining establishments is the absence of any windows, resulting in a dark and oft times dingy dining experience. Edith’s would be the absolute opposite with huge windows that fill the dining room with beautiful light. The building’s layout on the property lets in the light without having the afternoon sun beating on you as you eat your meal. We sat facing the parking lot but we chose to raise our gaze to the Burley Golf Course just across the street. More than half the seats in the restaurant have this view and since you seat yourselves, I would recommend one of the tables with this view.

Seating: Edith’s has tables that seat 4, but if your group is larger they are happy to slide a few tables together. The chairs are as comfortable as any restaurant chair but aren’t as cushy as you would have in a booth, but I prefer the openness of sitting at a table. The chairs do make a little noise as people scoot in and out so be prepared for the occasional screech of a chair scraping the colored and polished concrete floor.

Noise: The noise level for our dining experience was fine with about half the tables being occupied. Because of the layout of the kitchen you can expect to hear a little more kitchen noise than at a typical restaurant. We did have to listen to someone hand cutting French Fries in the kitchen.

Bathrooms: I am a snob about the cleanliness of restaurant bathrooms and these did not disappoint. There is a separate men’s and women’s bathroom which locks so you won’t have to share your potty with a stranger. I did smile at the presence of a can of air freshener, a first for restaurant bathrooms in Mini-Cassia.

Service: The service was quick and polite. I appreciated the fact that our server realized our drinks were empty and had refills in front of us almost before we knew they were missing. Their fountain drinks are Coke products so if you are a Mountain Dew junkie like me you are out of luck.

Food: The food was something far better than I expected. Edith’s has always been known for three staple foods. You could have a hamburger or cheeseburger and your only other decision you had to make was if you wanted french fries. The new and improved Edith’s has an expanded menu that isn’t necessarily extensive but does allow you a few more dining choices. I had the steak sandwich ($12) which came with fries. My wife enjoyed her cheeseburger ($7.25) which was served without tomato as she requested. Both were nothing short of excellent.

A steak sandwich in my experience has always meant a hunk of the cheapest cut of meat available, including all the fat and gristle, but the Edith’s steak sandwich was amazing. It was served on a large bun with lettuce and tomato. Consisting of smaller cuts of meat – layered double deep – it was nearly impossible to keep all the contents in the bun. I can say that the cut of meat in my steak sandwich was every bit as lean and tender as the filet mignon I pay $16 per pound for at the grocery store. My wife was equally satisfied with the hamburger she was served.

Lunch also includes the options of an all-beef hot dog, a BLT, or a grilled ham and cheese sandwich. Evening menus include the potential for Ribs on Thursday, Brisket on Friday or Prime Rib on Saturday night. Deserts include Ice cream served in a cone or a bowl, root beer floats, apple crisp or brownies and ice cream. Yes, I’ll be going back!