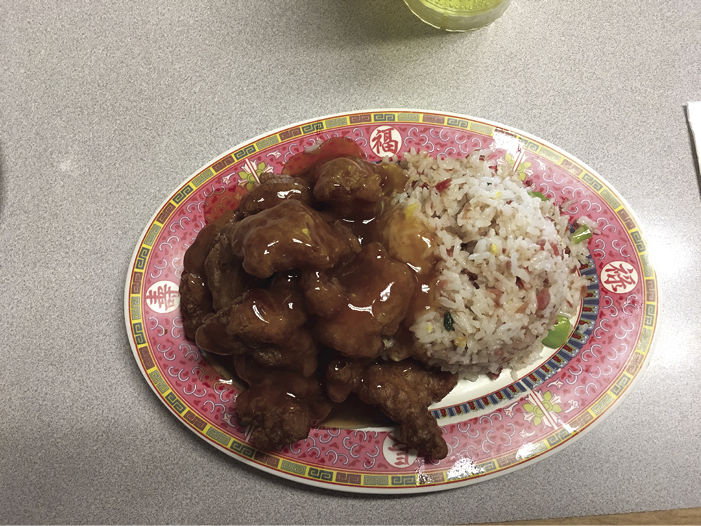 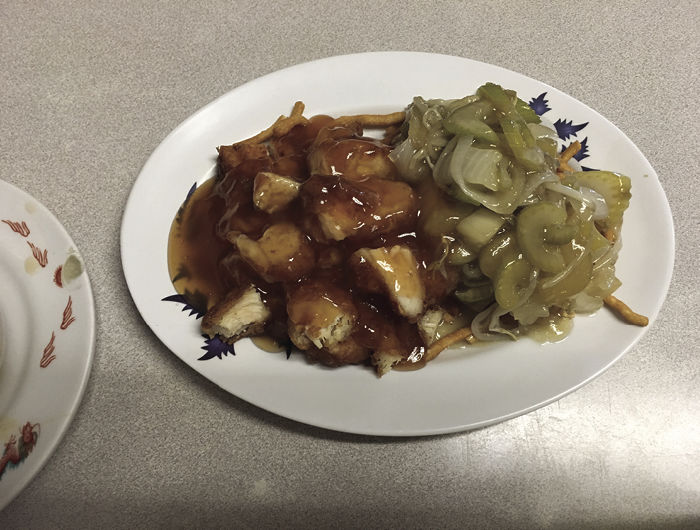 Over the course of the past ten months I have tried to do my very best in reviewing local restaurants. During that time there has been one restaurant that I have put off visiting and that is the Shon Hing located at 109 East Main in Burley. This past week I broke down and went there for lunch. If you have an affinity for this Chinese restaurant you might as well stop reading right now, but if you have a strong stomach, read on.

Ambiance: There is something quaint about this downtown Burley restaurant. Inside we found a clean atmosphere with a nice combination of tables and booths. From our first look we saw a slightly dated but cozy place for dining. Though the kitchen is right there, I didn’t feel like it took away from the dining experience.

Seating: We chose a booth which was very comfortable. It was on the end and looked to have at least one foot of extra space between the dinner guests and the table. With some restaurants the table is crammed into a space that doesn’t give you enough tummy space, but at Shon Hing it was generously spaced.

Noise: We arrived for a late lunch and the only other patrons in the restaurant were just leaving. We could hear some chatting going on in the kitchen but it wasn’t enough to interfere with our discussion with each other. The heat in the dining area is provided by an overhead gas furnace that would be more at home in a shop or garage. When it kicked on it did up the noise level, but we were far enough away that we could simply ignore it.

Bathrooms: Let me set up the visual for the bathrooms. They are located at the back of the restaurant accessible by a dark narrow hallway. The men’s room was clean, but it is so tiny and outdated that no self-respecting person would want to take advantage of its plumbing. There is an improvised stall built around the toilet, but it is so miniscule you can see right over it. The urinal is in full view of the door, which doesn’t lock. Because it is at the end of the hall it wouldn’t be likely that anyone would be walking past at an inopportune time, but that is a small consolation. I couldn’t help but think that this bathroom would only be acceptable if you were having a ten-alarm gastrointestinal emergency.

Service: We were well taken care of. The gentleman who waited on our table was pleasant and efficient. He didn’t linger around bugging us every three minutes but he seemed to be Johnny-on-the-spot when our drinks needed refilled or to check on the meals he had just brought to our table.

Food: I don’t know how or why it happens this way but as with previous food reviews my wife, Cheryl, had a very delightful lunch. She had Mandarin chicken with vegetable chow mein. Mine was horrible and was literally inedible. I don’t know why I am this way but I was content to suffer through my meal without complaint. To my good fortune, our waiter asked how our meal was and I told him the truth. Within a minute or less he was back with a different kind of chicken which was quite good. My first dish was sweet and sour chicken with pork fried rice. The chicken was overcooked, stringy and tough. I found it nearly impossible to cut with the fork they had provided. The fried rice simply tasted bad.

Once this was pointed out the server put an order of Mandarin chicken in front of me and I should say it was very delicious. I ate every morsel and made a mental note to only order Mandarin chicken in the future, if there is ever a future at Shon Hing. The last time we had food from Shon Hing we had an equally negative experience. We had ordered the food for take out and upon getting the food home we realized that it was inedible. We threw it away and vowed to not repeat the mistake of ordering take-out from Shon Hing.

For those who love Shon Hing food I can only say more power to you – I am incapable of making a third visit.

Value: The cost of our meal came to about $23 which is average for a nice lunch. I was surprised to see that the soft drinks were $3 each which makes them the most expensive soda that we have seen so far in all of Mini-Cassia.